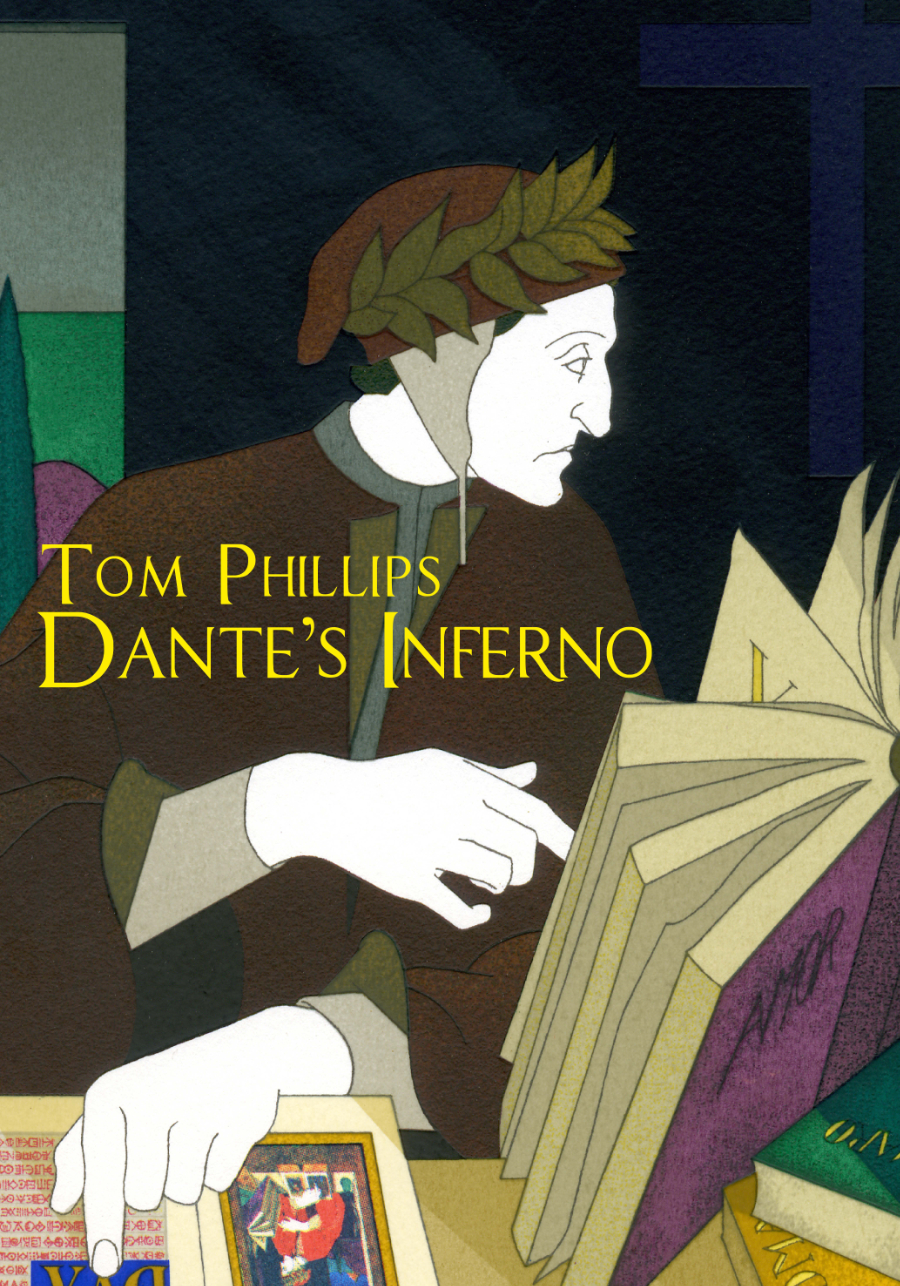 An exhibition promoted by Palazzo Blu – Pisa Foundation, the Italian Dante Society and the National Committee for the commemoration of the 700th anniversary of Dante’s death. By Giorgio Bacci

Palazzo Blu, together with the Italian Dante Society, will celebrate the seventh centenary of the death of Dante, with an exhibition that recalls Dante Alighieri through the graphic works of Tom Philips, the London artist who between the end of the seventies and the early eighties created an English version of the Divine Comedy in which the translation is accompanied by 139 illustrations by Tom Philips, which constitute a true visual commentary on Dante’s verse. The work, of which 180 copies were published, was printed by Talfourd Press in London in 1983, to be followed in 1985 by a less expensive version entitled Dante’s “Inferno”.
Exceptionally, a complete series of the images, from the prestigious 1983 edition, are on display. The works, which were produced using a wide range of different techniques (screen printing, engraving, lithography, mezzotint, etc.), demonstrate the artist’s enormous creativity. When seen all together in the exhibition rooms of Palazzo Blu, the prints present a polyphonic fresco through which the Divine Comedy, once again, acquires new and unexpected meanings.

Tom Phillips (who was born in London in 1937), is today among the most remarkable international artists who can transition from sculpture to painting and from graphic design to illustration, demonstrating a versatile and fierce talent, ready to engage with contemporary history and with the great art of the past and the present. During his time at Oxford University where he read Anglo-Saxon literature, Tom Phillips soon became a fervent frequenter of cultural circles associated with the theatre, music and cinema. At the same time, he studied drawing at the Ruskin School of Art and frequented Edgar Wind’s lessons dedicated to the iconography of renaissance art. Another decisive element were certainly Frank Auerbach’s evening classes at the Camberwell School of Art, one of the last schools where real life drawing is still pre-eminent. Tom Phillips, whose works of art are displayed in major museums around the world including the Tate Gallery, the British Museum and the Victoria and Albert Museum in London, the Museum of Modern Art in New York and the Philadelphia Museum, is also a composer of musical works that were presented in international festivals. Over the years Tom Phillips has had personal exhibitions in London, Paris, New York, Rotterdam and Milan (to mention a few).
The exhibition in Palazzo Blu can be visited as soon as the health regulations allow the reopening of museums.

Your ticket for the: “Dante’s Inferno” by Tom Phillips