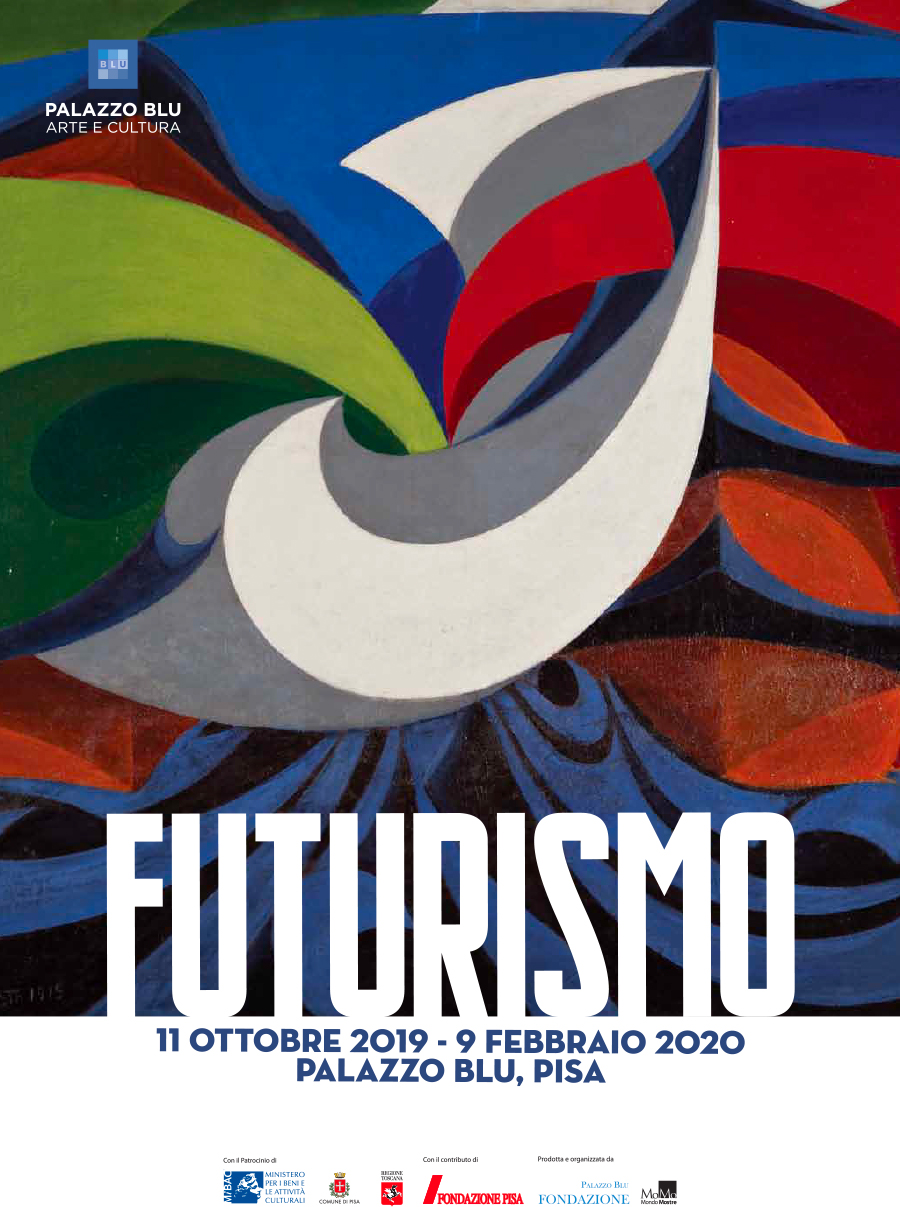 On 20 February 1909, the Manifesto of the foundation of Futurism, drawn up by F.T Marinetti, poet, writer and brilliant communicator, came out with an international outcry on “Le Figaro”, in Paris.

With that programmatic writing Marinetti inaugurated a disruptive and unprecedented mode of communication for culture, used until then only in political propaganda or in the new advertising, because, as he wrote, “articles, poems and controversies are no longer enough. It is absolutely necessary to change the method, to flock the streets, to storm the theatres and to introduce the fist in the artistic struggle”. A “noisy” and popular communication tool, the manifesto, distributed with flyers sometimes printed in hundreds of thousands of copies, praised in the battles and in very popular “futurist evenings”, or published on non-specialist media, intended for a wide and heterogeneous public, represented an absolute novelty and a specificity of futurism compared to the other European avant-gardes of the time.

From then on, the movement would adopt this communicative practice for each of the many areas in which it ventured (from poetry to painting to sculpture, from architecture to dance to theatre, from decorative arts to graphics, to advertising), in its dream of combining art and life by redesigning the entire human horizon.

From 11 October to 9 February 2020, at Palazzo Blu in Pisa, the most significant peaks of this extraordinary artistic movement found themselves, exceptionally, next to each other in the exhibition entitled “Futurism”, organised by Fondazione Palazzo Blu together with MondoMostre and curated by Ada Masoero. The exhibition is sponsored by the Region of Tuscany and the Municipality of Pisa. The exhibition catalogue is published by Skira Editore.

Through more than one hundred works by the masters of Futurism (the vast majority of which are museum paintings or from important private collections, as well as some drawings, projects and art objects), the exhibition aims, for the first time, to prove how the greatest of the Futurist artists were able to remain faithful to the theoretical reflections set out in the posters, translating them into disruptive, innovative and extraordinarily happy images on the artistic level.

Each work was therefore chosen not only for its quality, but also for its adherence to the fundamental theoretical points of the movement. And of the many visual artists who, over time, joined the futurism, only the signatories of the manifestoes examined have been deliberately included: with the inevitable consequence of sometimes painful exclusions, which have nevertheless ensured the ever high quality of the works exhibited. Only two exceptions to the rule: one at the beginning, with the spectacular portrait by Marinetti of Rougena Zatkovà, perhaps the most faithful to the founder’s dynamic temperament, and one at the end, with Prima che si apra il paracadute, 1939, the work by Tullio Crali chosen as the cover image of the catalogue of the great exhibition “Italian Futurism 1909-1944. Reconstructing the Universe”, curated by Vivien Greene in 2014 for the Solomon Guggenheim Museum in New York, with which the museum paid tribute to futurism, recognising its role of excellence among the other great European avant-gardes of the early ‘900.
The route is opened by the Divisionist debuts common to the five “future Futurists”: Umberto Boccioni, Carlo Carrà, Luigi Russolo, Giacomo Balla, Gino Severini. The exhibition is divided into sections, each dedicated to a single manifesto, and then goes through thirty years of Futurist art, starting from 1910, when the two pictorial manifestoes signed by the young “founding fathers” came out. Umberto Boccioni, Carlo Carrà, Luigi Russolo, Giacomo Balla and Gino Severini’s numerous masterpieces are on display, clearly inspired by those two texts. Immediately afterwards, it’s possible to explore the exciting visual transcriptions of the Manifesto della scultura futuristica, 1912, written by Boccioni alone after his trip to Paris that year. Then come the “words in freedom”, whose principles were formulated for the first time by F.T. Marinetti in 1913, in the manifesto L’immaginazione senza fili e le parole in libertà, and the new architectural models, dictated in 1914 by Antonio Sant’Elia in the text L’architettura futurista, illustrated by his magnificent (and “prophetic”) works, followed by the “war” works in support of Futurist interventionism in the Great War (Sintesi futurista della guerra, 1914, manifesto). With Ricostruzione futurista dell’universo, 1915, by Giacomo Balla and Fortunato Depero, we are witnessing the new will of the two artists to spread the formal models of futurism throughout the human experience, in a drive for innovation unknown to the other European avant-gardes. To illustrate it, are paintings, sculptures, objects, sketches, toys made by the two authors.
Then L’arte meccanica, 1922, comes onto the scene, a document signed by Enrico Prampolini, Vinicio Paladini, Ivo Pannaggi, which with its geometric and “industrial” models characterized the visual art of the entire decade, while the envoy is entrusted to the Manifesto dell’Aeropictura, 1931, signed by Marinetti with Balla, Benedetta (Cappa Marinetti), Depero, Dottori, Fillia, Prampolini, Somenzi, Tato, who inspired suggestive and spectacular works for all the 1930s, exhibited here on the upper floor.

The exhibition was made possible by the quality and quantity of the lenders, 29, including the Galleria Nazionale d’Arte Moderna in Rome, with nine works; the Museo del Novecento and the GAM in Milan with 16 works; the Castello Sforzesco in Milan (Civico Gabinetto dei Disegni and the “Achille Bertarelli” collection of prints with ten works); the Mart in Rovereto with 21 works, the Museo Caproni in Trento, with two works, and other important public and private collections.
In the exhibition, short quotations from the manifestoes will guide to the understanding of the meaning of what might appear as brilliant and curious inventions, but which are actually transcripts of a true system of thought.

Your ticket for the: Futurism

This website uses cookies to improve your experience while you navigate through the website. Out of these, the cookies that are categorized as necessary are stored on your browser as they are essential for the working of basic functionalities of the website. We also use third-party cookies that help us analyze and understand how you use this website. These cookies will be stored in your browser only with your consent. You also have the option to opt-out of these cookies. But opting out of some of these cookies may affect your browsing experience.
Necessary Always Enabled

Any cookies that may not be particularly necessary for the website to function and is used specifically to collect user personal data via analytics, ads, other embedded contents are termed as non-necessary cookies. It is mandatory to procure user consent prior to running these cookies on your website.