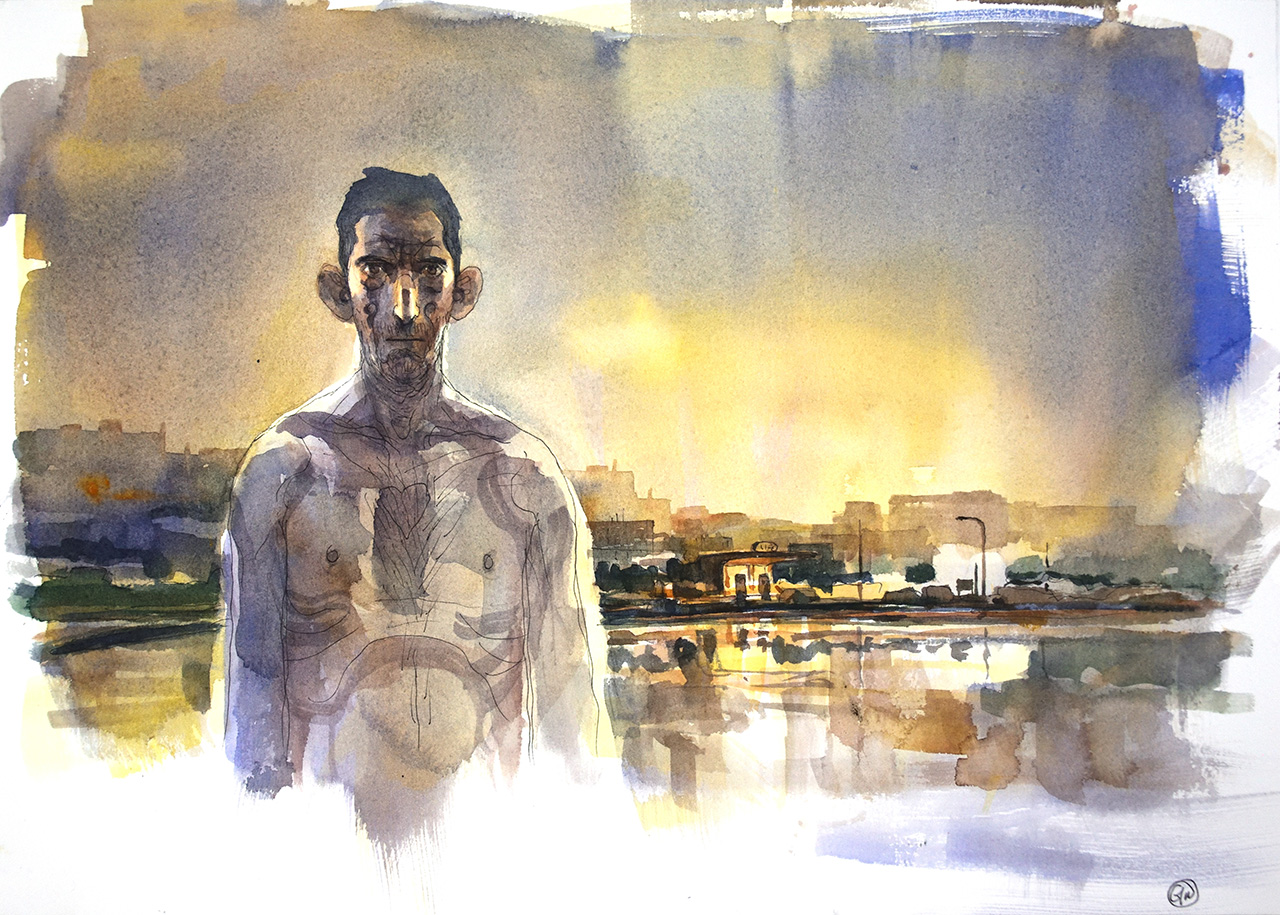 Pisa, Palazzo Blu, June 15th – October 13th, 2019
Gipi is the protagonist of the Palazzo Blu summer exhibition, curated by Giorgio Bacci. Gian Alfonso Pacinotti alias Gipi, born in Pisa in 1963, is a multi-talented artist and one of the major protagonists of the Italian cultural scene. The exhibition, entitled ‘Gipi. Artist’s stories’ will be inaugurated on Friday, June 14th and offers a wide selection of original plates, over ninety drawings, from some of his greatest successes. From Esterno notte, Land of the sons, Unastoria, to Notes for a War Story.
A selection of works, which allows you entering the creative world of the artist in a fascinating succession of different techniques and styles.

For the fifth consecutive year the cycle of Palazzo Blu summer art exhibitions is dedicated to artist graphics. Gipi is a cartoonist, but he is also a writer, illustrator and director. Over the years he has received numerous awards at prestigious international literary and artistic competitions, from the Goscinny Award (and Best Book) to the 2006 Angôuleme Festival for Notes for a War Story, also nominated by the “Lire” magazine as one of the 20 best books of 2005, to the Max und Moritz award in 2006 for The Innocents (best foreign book at the Comic Salon Erlangen), up to the Micheluzzi award for best cartoonist won in 2004 with Esterno Notte and in 2005 with Garage band at the Comicon Festival in Naples; he was then appointed Magister for the 2019 edition.
The inclusion of the Unastoria graphic novel in the twelve finalists of the Strega Prize in 2014 marks a turning point in contemporary criticism: for the first time a comic strip is nominated to receive a truly literary prize. The story highlights one of the main features of Gipi: overstepping the established boundaries and following the instinct of continuous experimentation, becoming also the director of some art films successfully presented at the Venice Film Festival (in 2011 The last man on Earth and in 2018 The happiest boy in the world).

“Leafing through his books, the reader or observer is struck first of all by the graphic quality and narrative ability of the artist, capable of developing a vast and delicate stylistic “keyboard”: from watercolor to chalk, from pencil to marker, from oil to acrylic, using various formats and supports”

explains Giorgio Bacci, the curator of the exhibition

Organization:
Palazzo Blu Foundation
With the contribution of:
Pisa Foundation

Admission fee
Full: 3 Euro;
Reduced: 2 Euro;
Affiliated exhibition “Explore. On the Moon and beyond”: 2 Euro
The ticket for the “GIPI. Artist’s stories” exhibition includes a visit to the Palazzo Blu Permanent Exhibition

Your ticket for the: Gipi. Artist’s stories