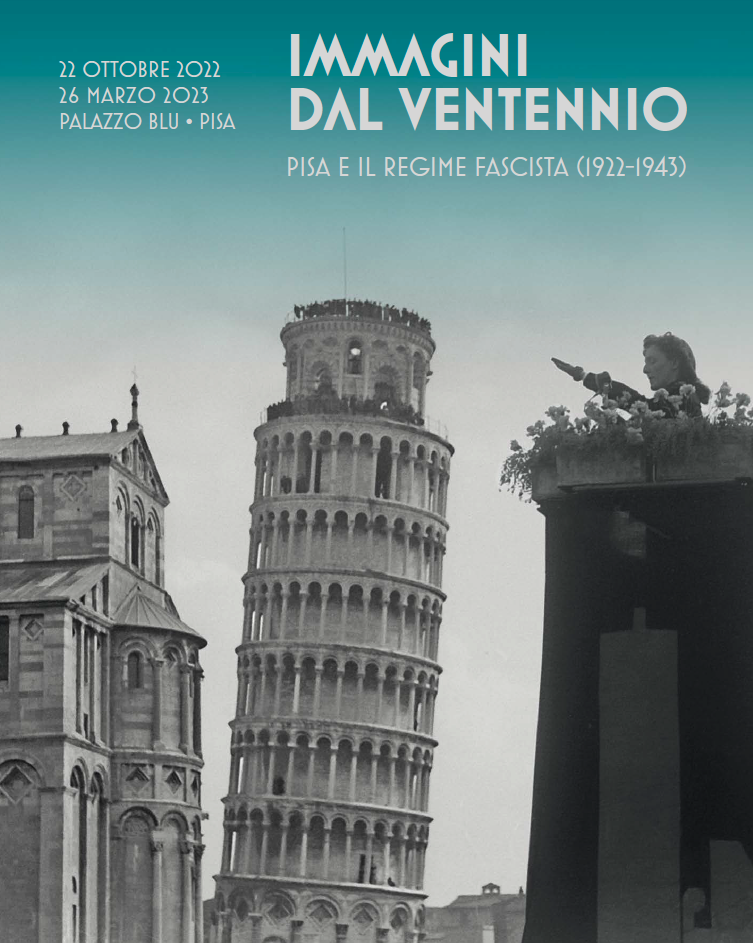 In 2021 Fondazione Pisa purchased from the Allegrini family several thousand photographs (prints, films, plates) taken by Guido, for the most part personally, between the mid-1920s and the 1940s, images often of excellent technical quality, incredible vivacity and interest, that represent an extraordinary document of the life and history of those years. A century after the beginning of the fascist regime, an exhibition created by Daniele Menozzi, and curated by Giovanni Cavagnini, entitled “Images from Italy’s fascist era. Pisa and the fascist regime (1922-1943)” presents Guido’s photos that, together with some others from public or private archives, show, sometimes allusive, symbolic and even curious or ironic, the events, characters and customs of the time.

The exhibition itinerary, supported by a rich didactic apparatus, proposes aspects and moments in the life of the city and its inhabitants following a precise narrative, chronological and thematic thread: the march and the conquest of power, the Resolution, the institutions of the Regime, Ethiopia and Spain, the Axis and the racial laws, the defeat and the collapse, but also the royal family settled for long months in San Rossore; the hierarchs of the regime (the philosopher Gentile, the Undersecretary of the Interior Guido Buffarini Guidi, the ministers Bottai and Ciano) and great entrepreneurs (Count Marzotto) active locally. An extraordinary collection of images, most of them from Pisa and therefore closely linked to the real life of the city, but also telling the story of national and international events of those years, allowing the visitor, through the careful selection of photographs, to grasp through significant images of local reality representative aspects of an entire era.
Photographic and documentary material from the Allegrini, Frassi and Salvestroni archives owned by Fondazione Pisa, and also from other archives of private institutions and collectors.

Register for Exhibition: Images from Italy’s fascist era. Pisa and the fascist regime (1922-1943)